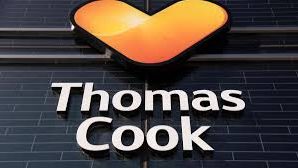 Thousands of Thomas Cook customers received the devasting news this week that the company had gone bust, and their holiday had gone down the drain with it. I am now hearing that some of these poor people have suffered a second blow, as fraudsters seem to be out in force dreaming up new scams in order to catch Thomas Cook customers out. Express reader, Dave from Chingford, is one of these victims and was keen that I tell his story.

Dave, who is married with three children, booked a family holiday to Orlando, Florida for the Christmas break. The holiday cost him £16,499 and naturally the Thomas Cook news came as a great disappointment to him, especially as he had to break the news to his children.

On Monday he received a call on his mobile from a withheld number. The call started with “my name is Jacob Charterhouse and I’m from the claims company working with ATOL to recover monies for Thomas Cook customers; I understand you had a holiday booked with them” Dave told me that ordinarily he would not have trusted the call, as thinking back, the caller clearly didn’t know if he had actually booked a holiday or not, it was just pot luck. However, Dave was still in shock and upset about the whole saga of his holiday being cancelled so he wasn’t thinking straight.

The caller went on to explain that he was going to organise the full refund for Dave but that he needed to take a £250 admin fee. He went on to explain that he would get this back from ATOL when they send the refund. Dave gave his card details and thought nothing other than it was a genuine call. The caller then explained that his company would deal with the whole ATOL claim for him and to do this he needed to obtain various details. Dave then told him everything from the names and dates of birth of each family member and his address to all of the details about the holiday booked. He was then told that he did not need to contact ATOL as they would take care of everything.

When Dave’s wife heard about this Monday night, she was suspicious and convinced Dave to investigate further. He emailed me at the Express and, after investigating it, I have discovered that it is indeed a fraud. As a result, his bank and ATOL have been notified so hopefully he has had a lucky escape! 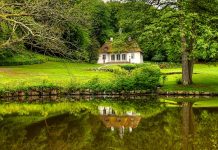 The Competition & Markets Authority confirms its view of the law...

Covid-19: Deposits, returns and changes in terms and conditions